Jewish Weddings: Main Traditions That You Need To Know About

You are here:
NewsVenue Dressing 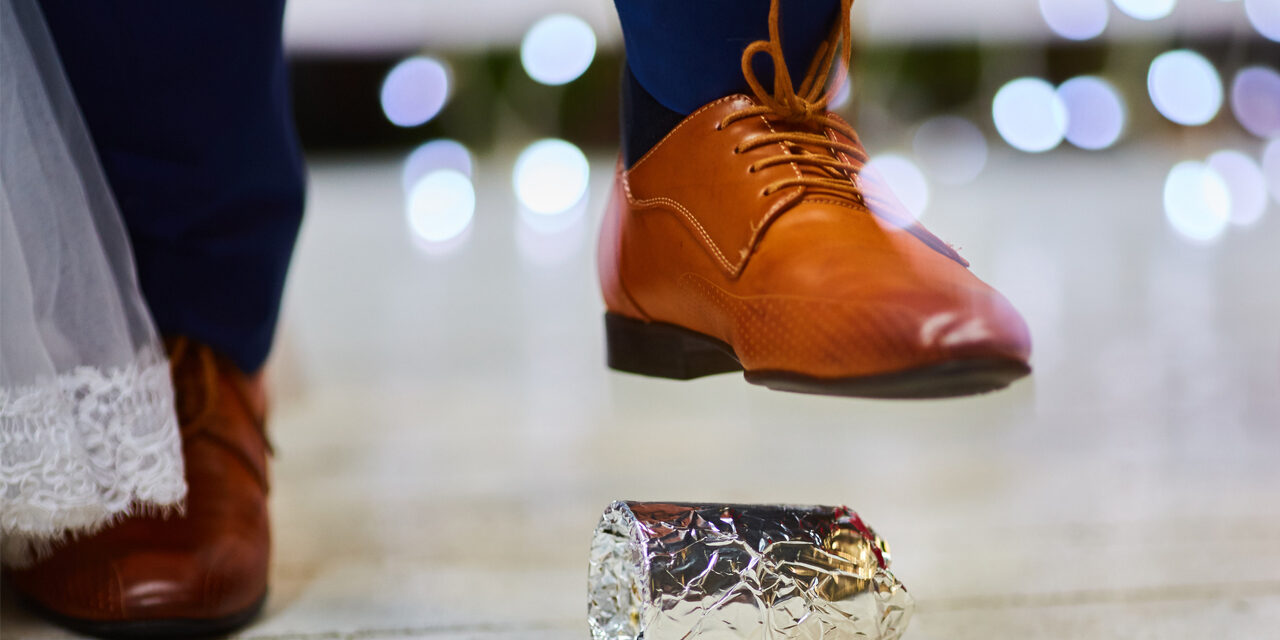 Not many people know about Jewish weddings. If you are attending your very first Jewish wedding or even want to host one, knowing the main traditions allow you to make the most of your time. There is meaning behind each tradition that will leave you with a sense of satisfaction. There is a basic outline that is followed in a Jewish wedding. For those of you who watched Unorthodox on Netflix, chances are that you have an idea about what a typical Hasidic wedding looks like.

Before we take a look at the traditions, it is important that you know the basics.

The Yiddish term “Aufruf” means “to call up”. It is an event that is held before the wedding ceremony wherein the couple is called to the Torah to receive blessing. The rabbi recites the Torah to give blessings. It is customary for the attendees to throw candies towards the couple as it indicates a sweet and happy married life.

The day of the wedding is known as a day of forgiveness. Therefore, it is common for couples to fast on their wedding day, similar to Yom Kippur. The fast lasts until the couple shares their first meal together once the wedding ceremony comes to an end.

Another tradition involves the ketubah signing wherein the groom approaches his bride for the veiling. He looks at her before he veils her face. It symbolizes love for the inner beauty of the bride. The tradition started after Jacob was tricked into marriage with the sister of the woman whom he had loved.

An Ashkenazi tradition that continues to be practiced today is circling. The bridge is required to circle around the groom three to seven times under the chuppah. It is believed to help create a magical wall that protects the groom from glances of other women, temptation, and evil spirits.

Traditional Jewish weddings require the bride to wear a wedding band that is made from platinum, silver, or gold. There are no stones. During ancient times, the wedding ring was treated as the value of the bride. The weight of the ring proved its value.

Finally, as the ceremony comes to an end, grooms have to step on a glass inside of a cloth bag in order to break it. As the glass breaks, it serves multiple purposes. It represents the emotions that the couple will endure and the commitment to stand by each other.

Now that you know about some of the traditions of Jewish weddings, you can attend one without feeling like an outsider.

If you are interested in our Jewish wedding venue dressing or have any questions, call us today on 0151 608 3694. You can also email us at white@revents.co.uk and we will get back to you as soon as possible. We offer our venue dressing in Wirral, Chester, Cheshire, Liverpool & Manchester.

Venue Styling: 4 Aspects You To Need Factor into Your Choices
February 1, 2022

Venue Dressing for Lancashire Weddings: Everything You Need to Know
March 31, 2021

Venue Dressing Manchester: Why Is It So Important for Your Event?
March 26, 2021